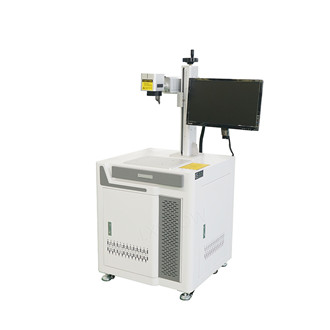 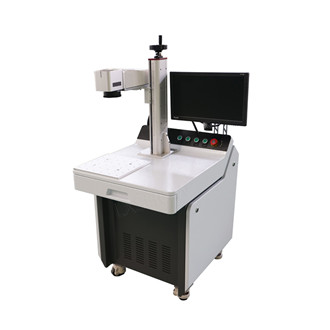 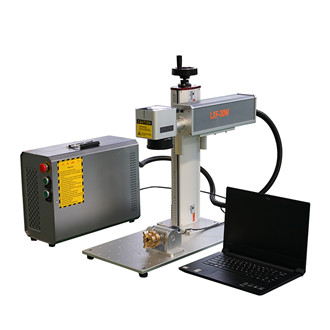 Under the heating of high-power (referred to the amount of work done by the object in a unit time) density laser beam, the surface temperature of the material rises to the boiling point temperature very fast, which is enough to avoid melting caused by heat conduction, so part of the material vaporizes into steam and disappears Part of the material is blown away by the auxiliary gas flow from the bottom of the slit as an ejection. Laser marking machines use laser beams to permanently mark various material surfaces. The laser marking machine is mainly used in some places that require finer and higher precision.

It should be used in a dust-free, 10 ℃ -35 ℃ environment as much as possible to keep the optical devices dry and dust-free.

When the power density of the laser beam exceeds a certain value, the inside of the material at the point of irradiation of the beam begins to evaporate, forming a hole. Once such a small hole is formed, it will act as a black body to absorb all the incident beam energy. The small hole is surrounded by a molten metal wall, and then a secondary air stream coaxial with the light beam removes the molten material around the hole. As the workpiece moves, the small hole is moved horizontally in a split direction to form a slit. The laser beam continues to radiate along the leading edge of the slit, and the molten material is continuously or pulsed blown away from the slit.

Melt cutting generally uses an inert gas. If oxygen or other active gases are used, the material is ignited under the irradiation of a laser beam, and a fierce chemical reaction with oxygen generates another heat source, called oxidative melting cutting.